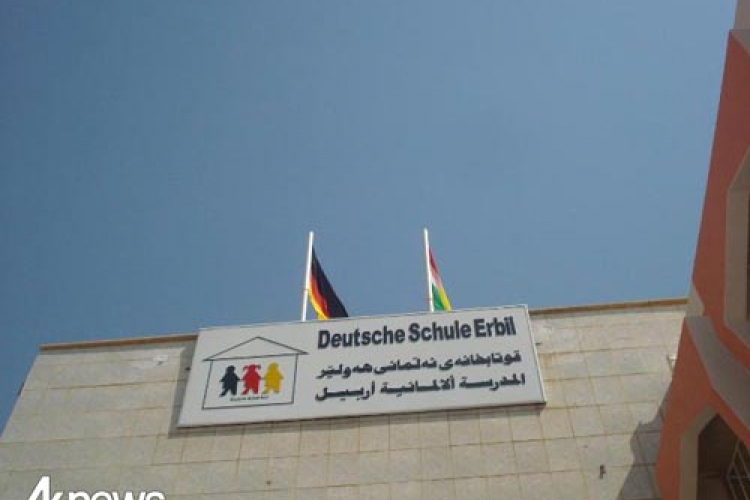 Erbil, Sept. 2 (AKnews) – The first German school in Kurdistan was opened today in Erbil, and will accept students for this academic year.
The school is supported by both German and Kurdish governments.

Speaking to reporters during the inaugural ceremony, Stefan Bantle, the German Consul general in Erbil, said the school fees will be inexpensive so that more people can afford to send their children to the school.

Students from first through fifth grades will be charged $175 per month for the first academic year.

The main language of teaching at the school will be German.

Families who will have more than one child enrolled at the school will get special discounts.

He said the school will later add grades six to 12 to its program.

Students who will graduate from the last of year high school in the school can sue their certificates to study anywhere in the world.