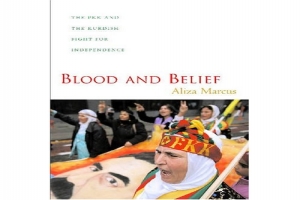 The Kurds, who number some twenty-five million people in the Middle East, have no country they can call their own. Long ignored by the West, Kurds are now highly visible actors on the world's political stage. More than half of them live in Turkey, where the Kurdish struggle has gained new strength and attention since the U.S. overthrow of Saddam Hussein in neighboring Iraq. Essential to understanding modern-day Kurds - and their continuing demands for an independent state - is understanding the PKK, the Kurdistan Workers Party. A guerilla force that was founded in 1978 by a small group of ex-Turkish university students, the PKK radicalized the Kurdish national movement in Turkey, becoming a tightly-organized, well-armed fighting force of some 15,000, with a 50,000-member civilian militia in Turkey and tens of thousands of active backers in Europe. The war they waged in Turkey through 1999 left nearly 40,000 people dead and drew in the neighboring states Iran, Iraq and Syria, which all sought to use the PKK for their own purposes. Since 2004, emboldened by Iraqi Kurds who have established a near-autonomous Kurdish land in the northernmost reaches of Iraq, the PKK has again turned to violence to meet its objectives. "Blood and Belief" combines reportage and scholarship to give the first, in-depth account of the PKK. Aliza Marcus, one of the first Western reporters to meet with PKK rebels, wrote about their war for many years for a variety of prominent publications before being put on trial in Turkey for her reporting. Based on her interviews with PKK rebels and their supporters and opponents throughout the world - including the Palestinians who trained them, the intelligence services that tracked them, and the dissidents who tried to break them up - Marcus provides an in-depth account of this influential radical group.